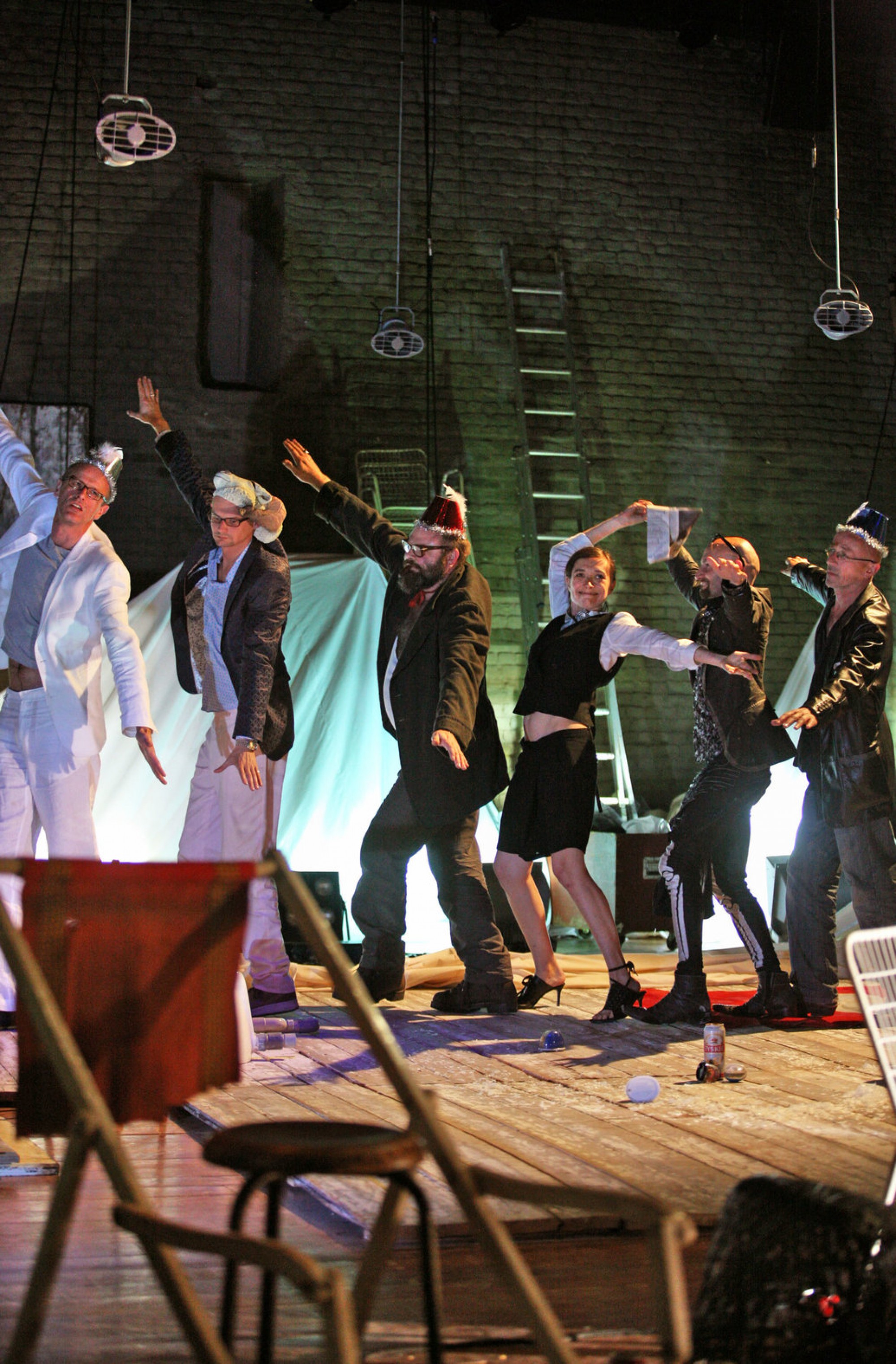 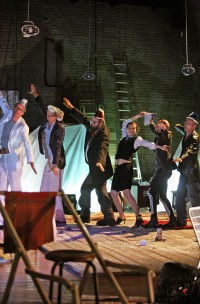 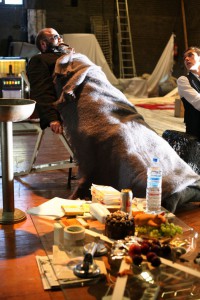 in march 2010 it will be more or less exactly a hundred and three years since thomas mann sent his character hans castorp on a trip from hamburg to switzerland in the novel the magic mountain.

to the audience, or to the esteemed spectator , or to those who think they might want to come see it:

as an actor's profession requires time and time again the utmost effort, the actor should know how to relax. in any case his life is made up of the highest degree of relaxation and the least degree of idleness. (bertolt brecht)

sunday january seventh, 2007, 13h04.
at an earlier meeting in antwerp we suggested – so as not to collapse under the burden of the book or of our presumptions – the possibility of dividing the adaptation into several parts, to be presented as distinct performances that could later be assembled into a compilation. a dramaturgical option would be – as we wrote in our proposal – to view the story in each part from the perspective of the main character, hans castorp. in other words, to highlight his personal werdegang , his intellectual and emotional growth, while emphasizing in each part his confrontation with one of the other characters of the novel. the rest of the cast would then be present in each of the episodes, but sometimes only in a walk-on part. the conflict between castorp and one of his antagonists would be the focus of each episode. in that case the titles of the episodes could be settembrini, chauchat, naphta, and peeperkorn .’
sunday january seventh, 2007, 15h07.

also in the name of de koe, stan, discordia, dood paard, willem de wolf, this:
“is it possible to narrate time, time itself, in itself and as such? certainly not, that would be far too foolish an undertaking! a tale such as: ‘time went by, it passed, time flew’ and so on – no one in his right mind could call that a tale.’
(opening of the 7th chapter of ‘the magic mountain’ - a stroll by the shore - );
with sara de roo, gillis biesheuvel, damiaan de schrijver, willem de wolf, peter van den eede, matthias de koning.

p.s.
the author's world is not the only world. there are also other authors. the actor should not compare too closely the world such as it is to the author's vision of the world. the actor makes a distinction between his own world and the author's, and he demonstrates the difference. this is about the relation between the actor and the play's business. the play's business is the way it shows how things go, how a cause has a consequence, how a consequence must have a reason, and so on. the way things end and how explicitly this is shown reveal the author's point of view. it's this point of view that the actor should contradict. (bertolt brecht)