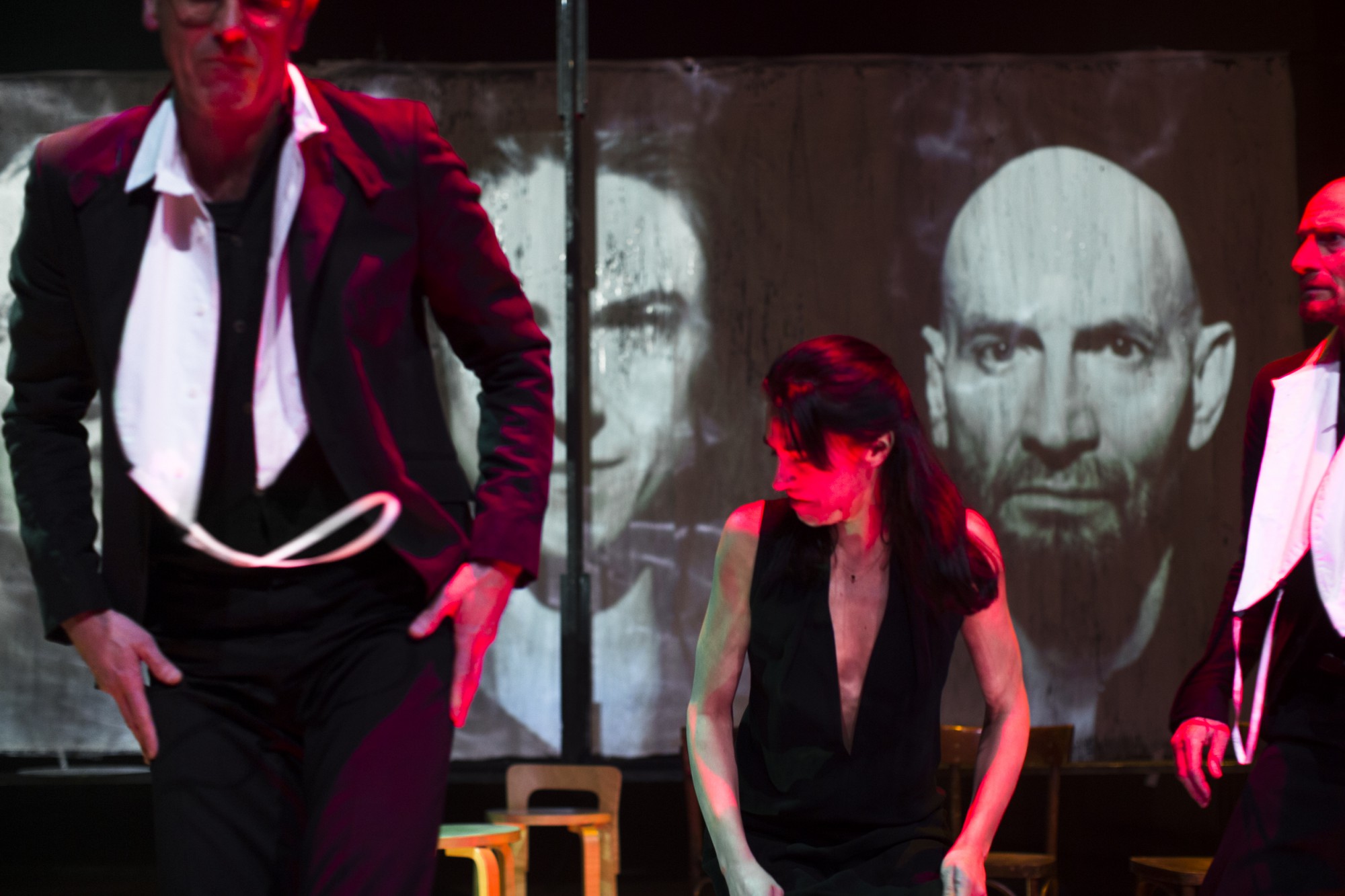 Authenticity, isn't that the new nostalgia? 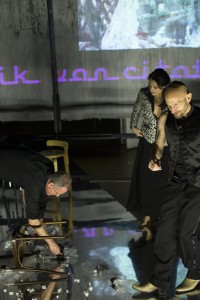 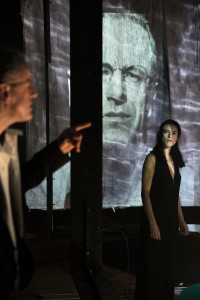 A Faustian descent to the places where power comes together. Somewhere in the middle, it seems.

We imagine it begins prosaically.

With an actress (Natali Broods), who makes the decision to quit acting and go into politics.

So that the play, the politician-to-be and the ex-husband immediately become alienated, immediately descend, to be tempted by the centripetal force of happiness.

The center, that is being searched desperately by everyone, but that is disappearing just as quickly with everyone.

Beckett Boulevard, a play of which we only know that it starts somewhere and that it ends somewhere.

A badly made play

By and with Peter Van den Eede, Natali Broods and Willem de Wolf
Lighting and sound Bram De Vreese and Pol Geusens
Special thanks to Matthias de Koning, Marlene De Smet, Jan Hautekiet and Tom Lenaerts
With the support of the Flemish government

‹What holds this piece together magnificently is a continuous asymptotic movement towards the middle that asserts the unmentionable by keeping it at a proper distance.› ≤Etcetera≥ ‹Deceptively simple statements about next to nothing achieve a dizzying depth in Beckett Boulevard... The final result is a kooky comedy of errors, somewhere between philosophy and intellectual hairsplitting.› ≤De Standaard≥ ‹Between that moment where the ending becomes the beginning, we can enjoy bittersweet phrases (loneliness only hits you when you have an abundance of time), the unbearable lightness of being (espuma), absurd humor (why bad actors make good waiters), the healing power of art (the second-to-last song) while politics is written off in one minute.› ≤De Morgen≥ ‹De KOE offers a delightfully absurd Beckett Boulevard on a silver platter, completely in the tradition of Samuel Beckett.› ≤Concertnews≥ ‹Beckett Boulevard› is a messy, comical and sincere search for identity and authenticity. ≤Cutting Edge ****≥