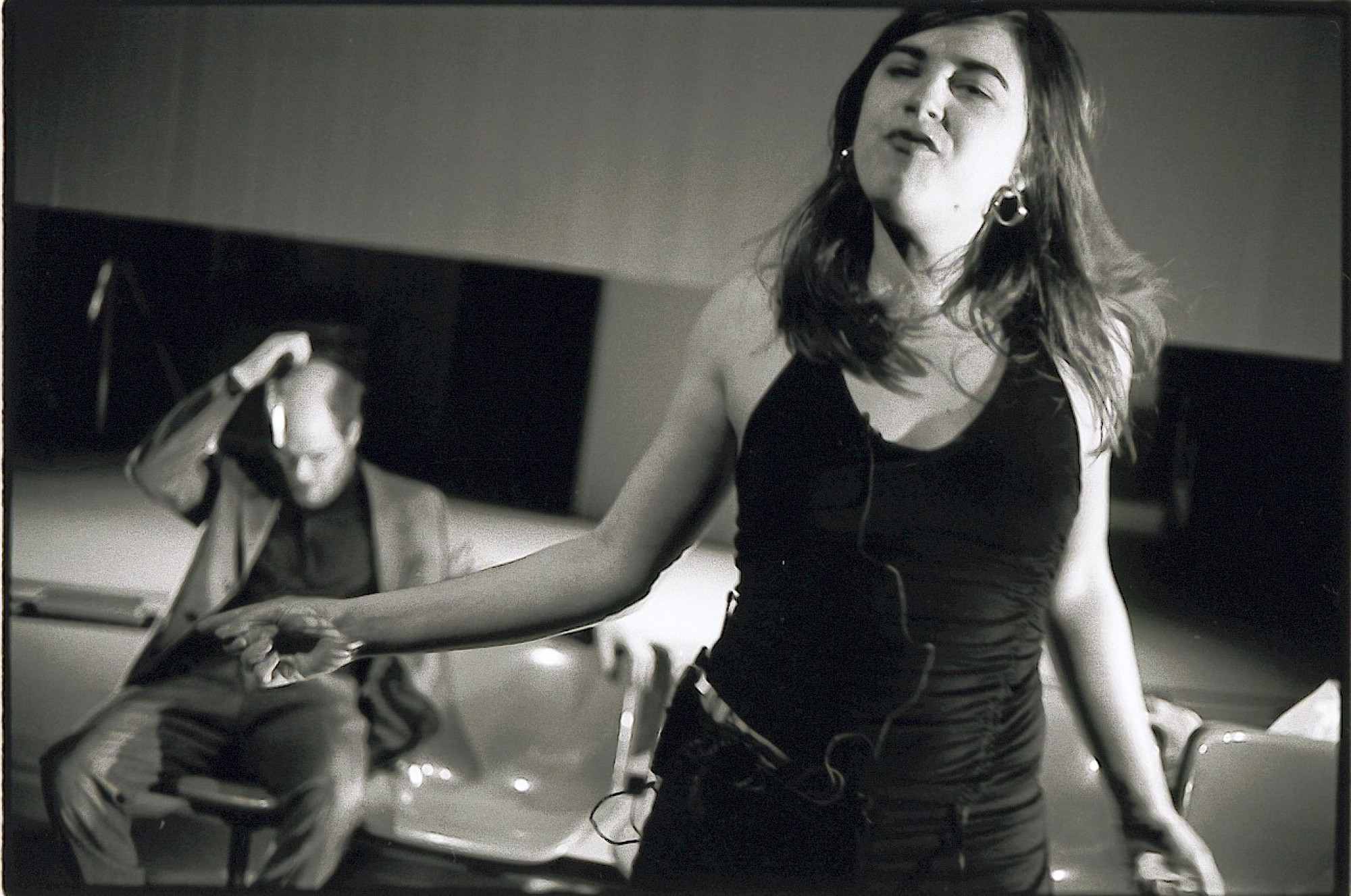 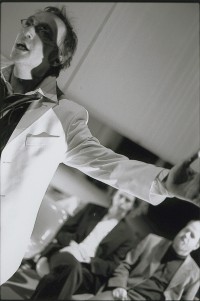 For this play, de KOE again works with talented young people from all over the theater scene. Actors, visual artists and musicians unite around a tekst by Oscar van Woensel, resident author of the Dutch theater company Dood Paard. Van Woensel rewrote his original tekst to suit the group. Everything else remains a surprise for him. He has complete trust in the actors’ interpretation. Van Woensels’ text creates an image of the overpowering dominance of advertising, something that everyone is aware of, but also seduced by. In the play, this game of seduction is magnified until it reaches almost decadent proportions. The play between text, image, rhythm and music results in an almost musical composition that teeters on the edge between the recognizable and the surreal. Solos and chorals, voice and soundscape mingle. Because of the way in which the actors perform the tekst, often a chain of advertisements, the audience is confronted with the hypnotic power of language and meaning in an abstract reality