HelloGoodbye A play without a center. 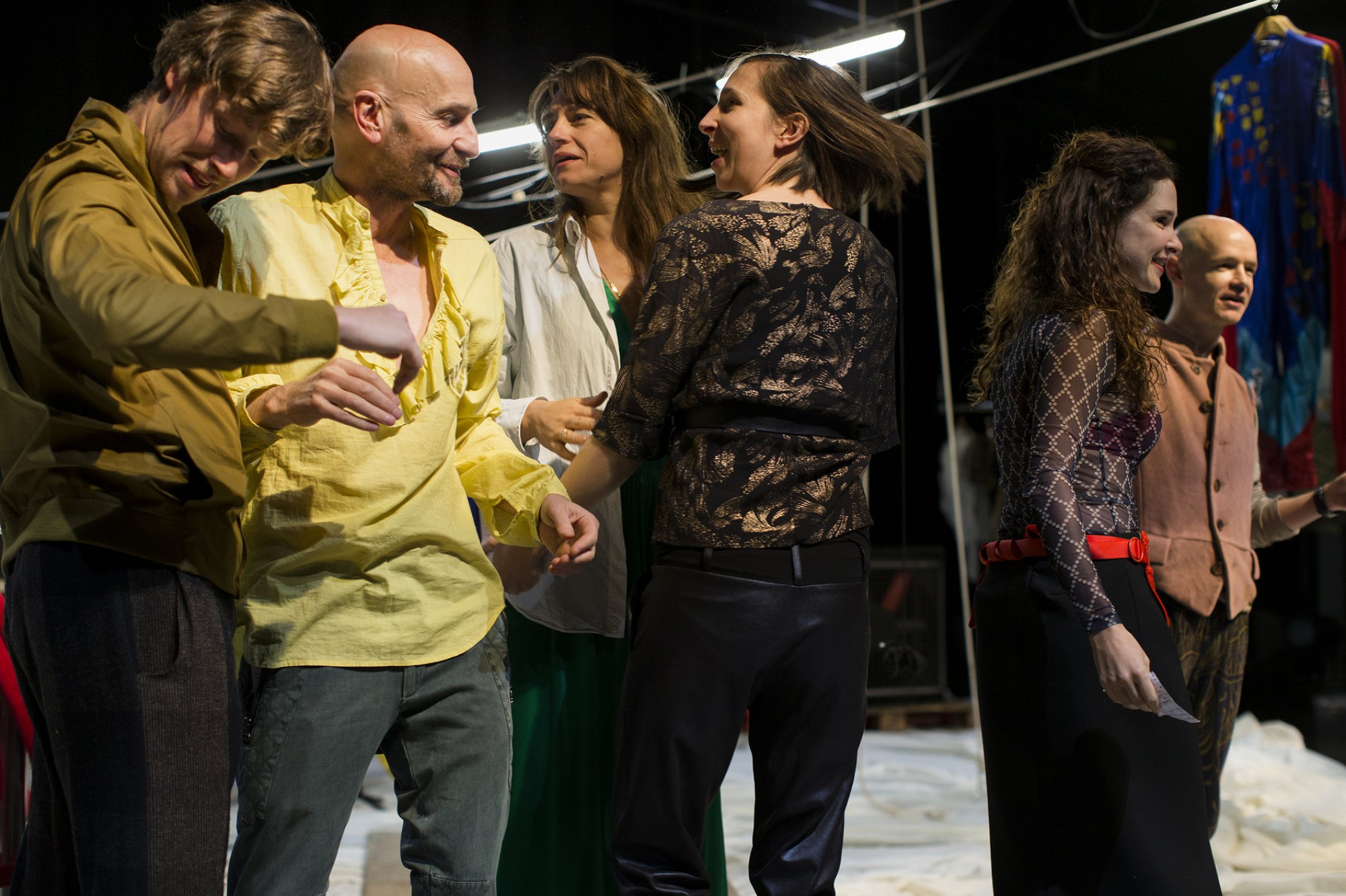 Because no one stays. 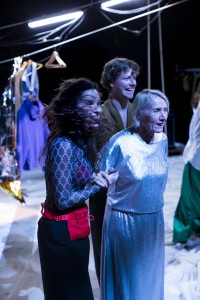 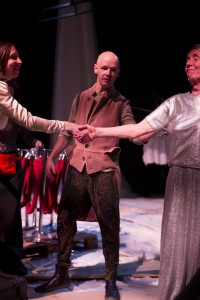 De KOE has unfinished business with the center. Where, in Beckett Boulevard, everything revolved around the center, HelloGoodbye tries to escape it. We are zooming in on arrivals and departures, with a piece built exclusively out of arrival- and departure scenes from Russian and Western literature, supplemented with our own texts.

Are we relieved to arrive somewhere just because we were able to leave somewhere else? What kind of past do we carry along, and what kind of baggage do we leave behind? How do we show this in a first meeting? How long can a greeting last before it becomes a conversation? And how long can we continue to say goodbye before we give the impression that we aren’t going anywhere. Why are people who put on their coats unable to leave? Are they worried they might arrive somewhere else?

HelloGoodbye is a comedy without a center; a place where the beginning and the ending keep on multiplying with leaving people who arrive and arriving people who leave.

In HelloGoodbye, eight actors play thirty-five characters in a symbiosis of welcome- and goodbye ceremonies.