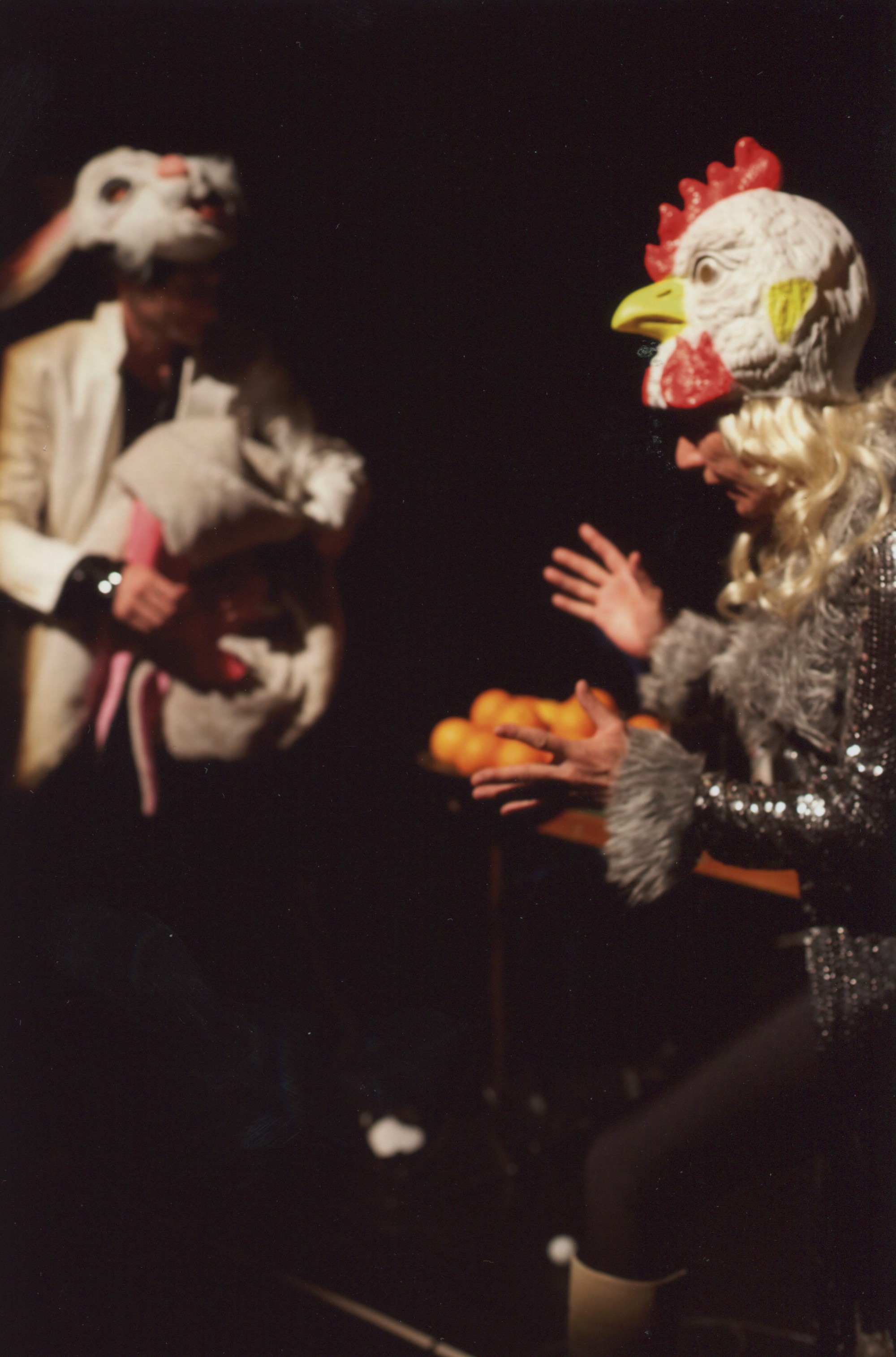 Shaving the eye in seven chapters. 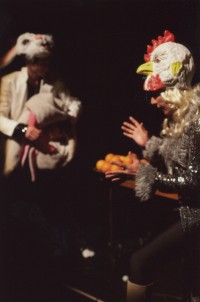 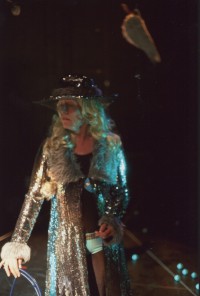 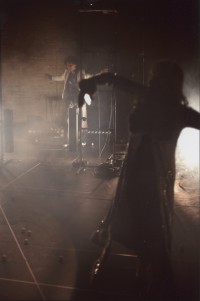 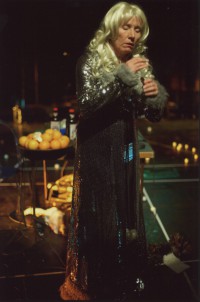 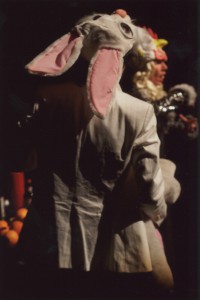 David Copperfield and Claudia Schiffer. A dream couple. Beautiful shows for years on end. But tonight, they enter the real world, together with you. Before your eyes, they go for real blood on the sheets. After, they will really leave for Sudan to help, for real. Unfortunately, after about half an hour a duck will fall from the sky. She’ll carry a message: “There is an eye. The eye doesn’t exist without you. You don’t exist without the eye.” David Copperfield and Claudia Schiffer want the naked truth, honesty, no more appearances: they step into reality. Help, do, exist! No more artificial lighting. Never again being a candidate for an existence between the curtains. Light!

Two melancholic and already derelict children of the spectacular capitalism would like to get more of a grip on reality. But it just won’t run smoothly. And if it does, it runs too smoothly. They are fatally caught in the game of appearances and illusion. In the meantime, they keep everyone occupied quietly. But today they would like to escape the tangles of their lost, carefully created identity and become a face. What would they need to make that in which they are entangled – the estrangement, the neoliberal illusion, the gloss and the stage – into the ultimate instrument of their liberation?