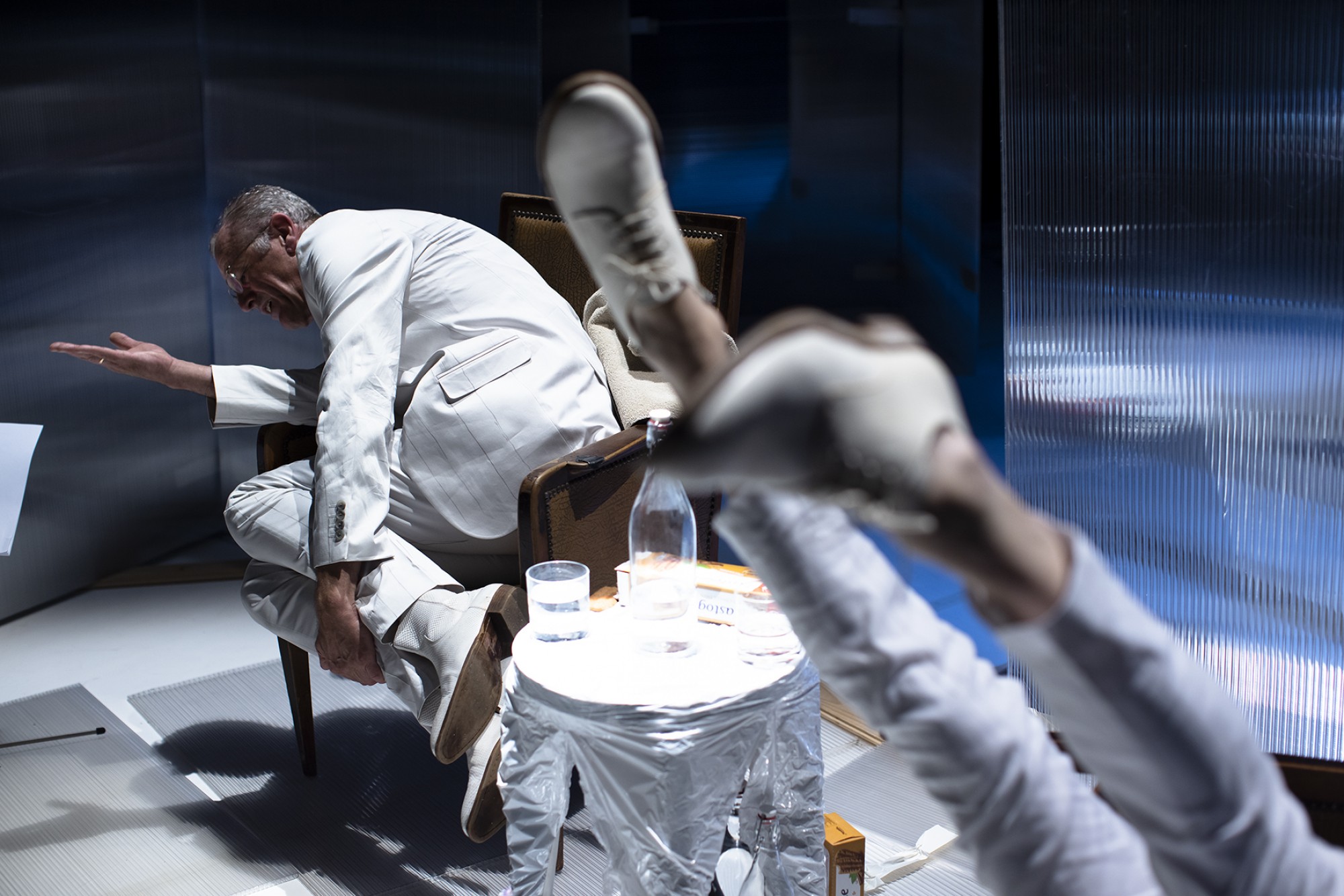 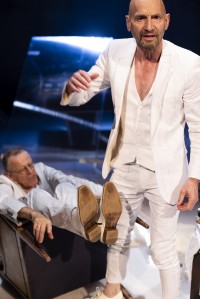 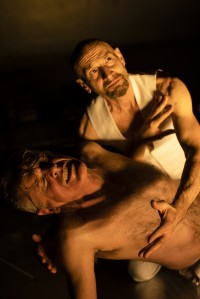 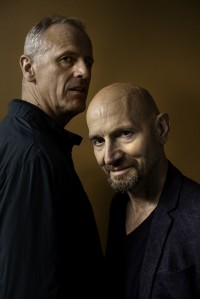 It’s not because life in itself is meaningless and mostly comprised of suffering, that it’s forbidden to spend it as pleasantly as possible (Schopenhauer).

This fall de KOE digs deep into their own repertoire – until 1998, to be precise. Peter Van den Eede and Willem de Wolf play De Nijl is in Caïro aangekomen: a hilarious and deeply human commentary on philosophy, theatre and life, boldly reread and rewritten, based on texts by Schopenhauer, Montaigne and Pascal. They create a 21st-century version and try to find out how the esteemed philosophers – with the addition of a number of new players – can offer comfort in times of mindfulness and doctor google.

In De Nijl is in Caïro aangekomen two brothers yet again step onto the battlefield that is their living room. From the comfort of their dressing gowns they talk away the silence. Blood relatives caught up in a chatty folie à deux. With so much verbal violence, the humor can’t but escape through cracks and holes. But sometimes, words can lead to unknown places, and delicate human fragments get quietly exposed.

Two men, two opposites: asceticism and hedonism, reason and romanticism, pragmaticism and heroism, philosophy and slapstick. What they do have in common, is their kidney stones. And a woman, who left them behind, with no one but each other.