My Dinner with André 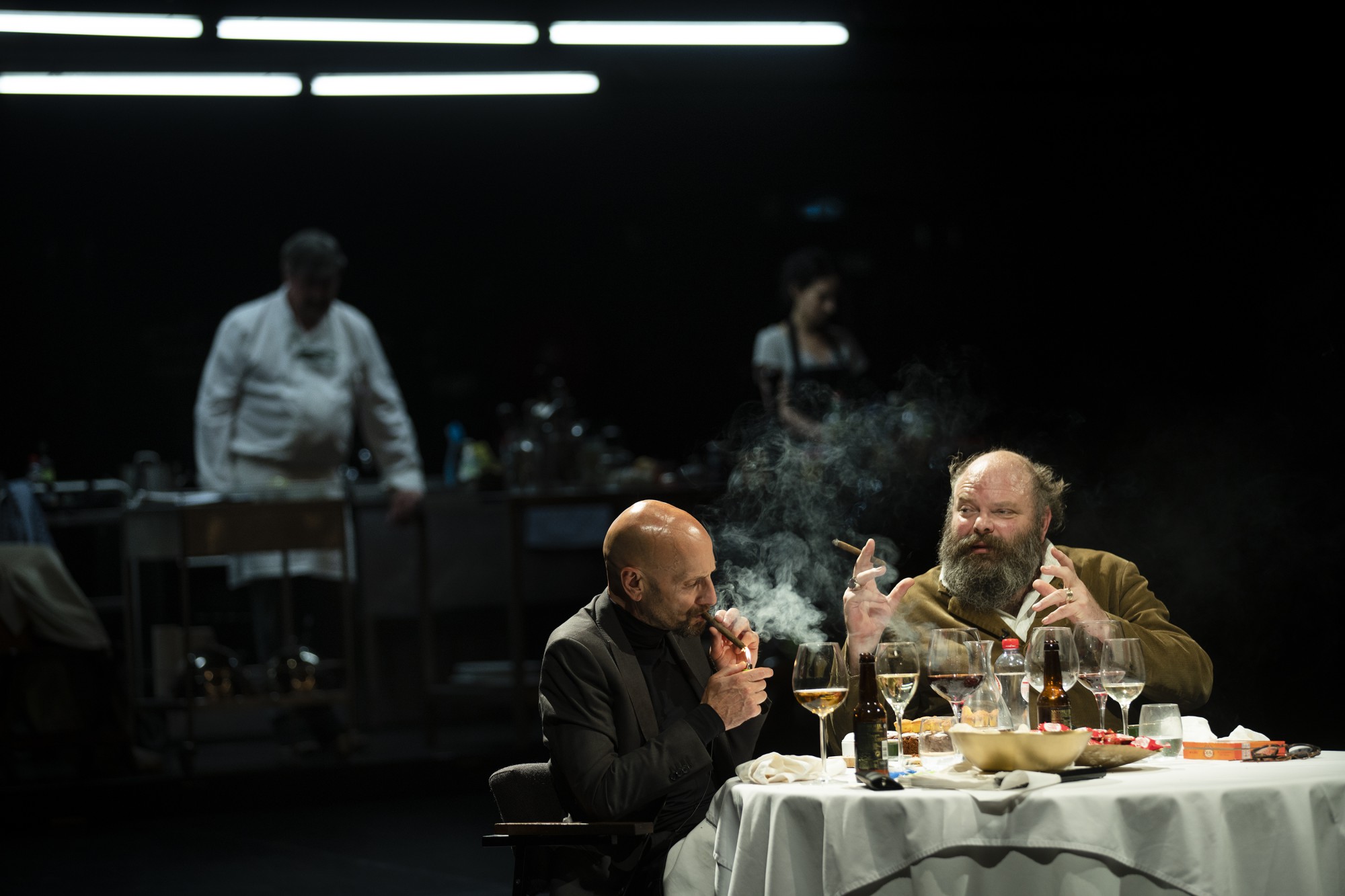 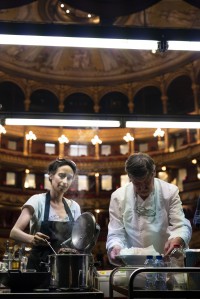 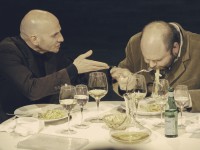 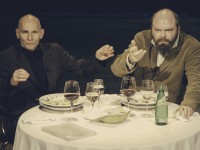 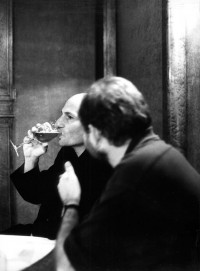 Well,
You know,
in the sexual act
there is that one incredible moment
when you forget everything
and straight afterwards
you start to think again
about all sorts of things
about work
about the theater
about what you are going to do tomorrow
It is like that for everyone.
The world comes in again at full speed.
Now, that may be
because we don't have the courage
to stay in that place
where we forget everything
because, again, it is very close to death.
Like people who are afraid to go to sleep.
In other words,
It’s like having an affair with death
and you never know what the next moment will bring.
And if you would know
it would just bring you closer to death
So that, paradoxically,
the closer you get to living,
in the sense of relating constantly,
The closer we get to this thing
that we're most afraid of.

In My Dinner with André (Dutch version 1998), after the screenplay of the eponymous Louis Malle film, Damiaan De Schrijver and Peter Van den Eede enjoy a four-course dinner cooked live on stage every night by a different cook, while having an - at times hilarious - conversation about life and the theatre.

Since its creation in 1998 this production toured extensively in Flanders and the Netherlands. In 1999 it was awarded First Prize at the Theaterfestival and nominated for the Océ Podium Prize.

The French version premiered at the end of October 2005 in Toulouse (Théâtre Garonne).

‹It is the play of these two actors which makes the piece so captivating and funny and which allows the intelligent and subtle tekst to come into its own.› ≤La Libre Belgique≥ ‹The chemistry of the production clearly lies in the confrontation. Eventually the original text and their own dialogues spill over into one another and My dinner with André reaches a wilful peak as theatre that makes you feel you are experiencing something unique. The sort of intensity and joie de vivre Cie. de Koe has dabbled in before, but here it is more structured. The spectator may be asked to sit and look at an elaborate meal lasting more than three hours, including the coffee and cognac, but this does not detract from the eventual gratification.› ≤De Morgen, Steven Heene≥