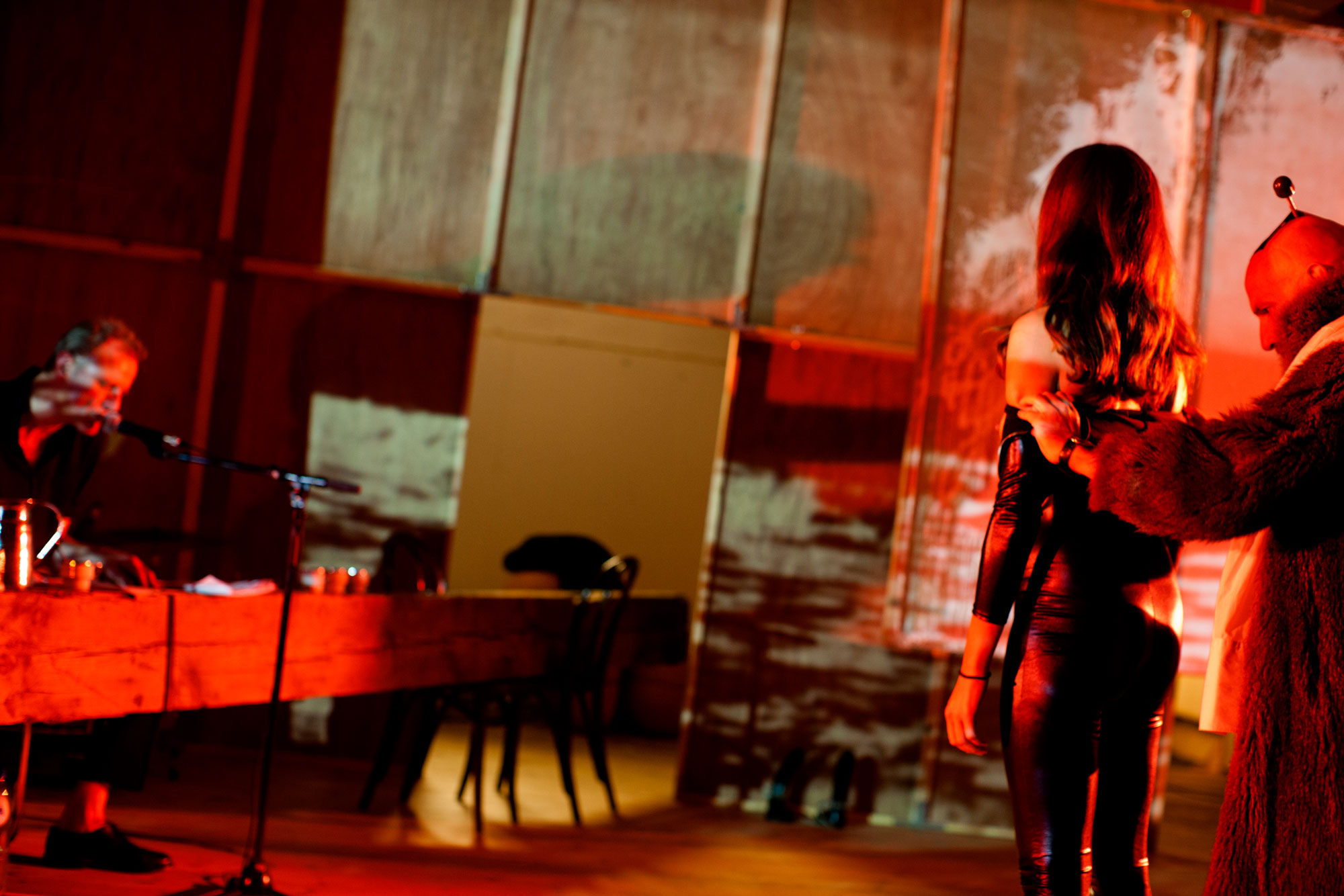 I’m so happy it could take a turn for the worse any minute now. 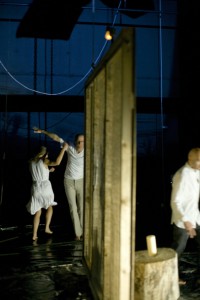 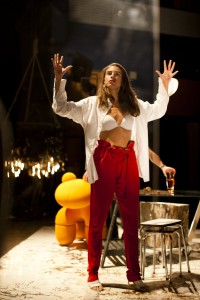 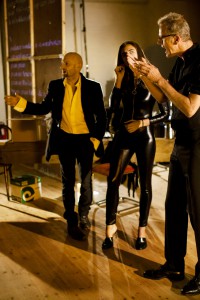 De Koe presents the integral version of the trilogy WhiteRedBlack: The Rebuilding of the West.

How should the world go on now? Or rather: where are we now and how did we get there? De KOE presents the grand finale of her great, yet light-hearted history of the West. The West? The Atlantic West? The land where the sun sets? In any case, the West, in which and with which we grew up. The West that has made us into Westerners. An innocent, virginal, carnal, voluptuous, decadent, apocalyptic love triangle in which we situate all our hope.

In White the players looked back on the world of their youth, full of personal and societal ideals. In Red the turbulent but ephemeral life of Elisabeth Taylor served as a model for the modern Western way of life. Black focused on the hopeful cultural rebirth of the renaissance. Now the players intertwine these three parts into a cheerfully meandering stream full of personal memories, political anecdotes, historical events and unexpected philosophical insights.

‹Again Natali Broods, Peter Van den Eede and Dutchman Willem de Wolf take place on a messy stage as more or less themselves revealing a magnificent text while talking and bickering. (…) Black is in the first place funny, despite the subject. Slowly but certainly the tensions below the surface increase. So that the three can excell in surprised faces, big movements and subtle sneers. Who knew that art history could be this much fun.› ≤De Volkskrant≥ ‹De KOE at its best: absurd, comical, tragical, philosophical, sociocritical and delightfully grotesque.› ≤Knack≥ ‹Oh, what a wonderful, long, delightful evening at the theater. De KOE has created the trilogy The Rebuilding of the West in three years and as many pieces and performs this series as a marathon show just a couple of times. The separate pieces (which I haven’t seen) were warmly received, but the three performances in one go of about four and a half hours is an incredible experience: erudite and sexy, immodest and associative, chatty and epic, as wonderful as it is briljant.› ≤Theatermaker≥ ‹Because they always give you an experience which cannot be compared with anything else in the world [of theater].› ≤De Morgen≥ ‹Intelligent, versatile, accessible, mischievous.› ≤Rekto:Verso≥