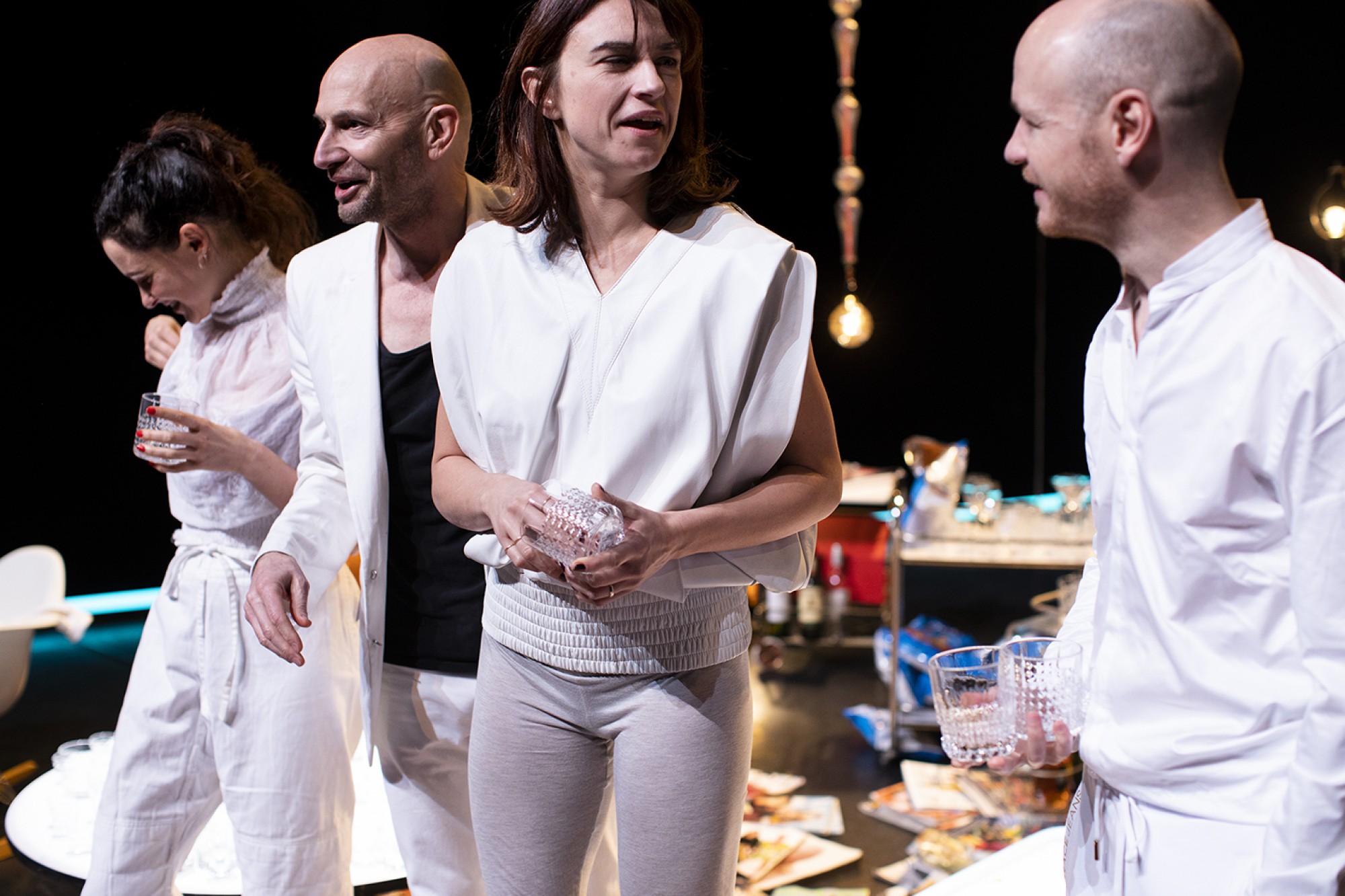 In 2005, de KOE first played Who’s Afraid of Virginia Woolf, after Edward Albee’s 1962 classic. With Martha and George, Albee crushes the ideal image of the American Dream: two disillusioned people who try to escape their relationship by creating lies and illusions. After a faculty party Nick, an ambitious young professor, and Honey end up in the appartment of the older professor and his wife. First they act as mere witnesses, just like the audience, but slowly they are dragged into the cruel mental games the couple plays with each other, lost somewhere on the fine line between fiction and reality.

50 years later, Albee’s text is still as relevant as when it was first written, and the rendition of de KOE is a milestone in the company’s 30 years on stage. So, in the framework of the anniversary year of de KOE in 2019, this reprisal of Who’s Afraid of Virginia Woolf was quite essential!